How could you lie to me, Internet? 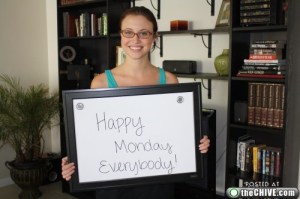 I naively thought I had stumbled onto one of those things that gives you a glimmer of hope in the world when I saw Jenny’s wonderful method of quitting her job through a series of photos that she emailed to her entire office. If you missed this beautiful display of whiteboard usage, here’s the link: http://oran.gs/XR (where she calls her boss out on the carpet in awesome ways). I thought, “What a gutsy move! I want to be more like her!” I looked up to her like little girls look up to Disney princesses.
Alas, then I found out it was a hoax from The Chive, and it upset me more than it should have. When I thought the whole thing was real, I felt so happy and proud for this perfect stranger. Now that I know it’s fake, it’s lost all meaning, and it’s not nearly as funny or clever. 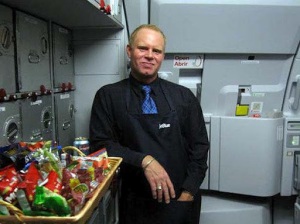 Although his name sounds suspiciously fake, he’s the real hero of this story. On Monday, he kinda snapped when a passenger rudely argued with him over his luggage. Instead of continuing a pointless argument, Slater simply got on the PA and told all the passengers where to shove it. Then he proceeded to pull the lever for the emergency evacuation slide (which blew up in seconds). He grabbed a beer from the beverage cart, slid down the chute, and ran to his car. Don’t believe me? Here’s the link: http://oran.gs/Y7 .

4 responses to How could you lie to me, Internet?