AVATAR: Not the Last Airbender

James Francis Cameron is kind of a geek god. My peers love to remember him for his works The Terminator, Rambo, and Aliens. But I like to remind people that he also made Titanic, one of his most critically-acclaimed films but also one of his most boring— a beautiful display of his inability to edit. I say Titanic is only one of his worst films, because Avatar, while visually appealing, was a three-hour film (that felt like it lasted days) with a predictable plot and the most terrible screenwriting I’ve heard in a while. If the cliché one-liners every three seconds aren’t enough to make you cringe, being beaten over the head with five simultaneous political messages might do the trick.

As I said, the visual effects were the redeeming factor. The world created by Cameron was vibrant, with some delicious textures. And the line between the live-action shooting and the computer generated images was seamless. A lot of the time you forgot you were watching CG characters. At the same time, it was disappointing that this alien world that held so much creative potential was inhabited mostly by creatures similar to that of creatures on Earth (the aliens had their own versions of wild dogs and horses with some alien-esque modifications). These aliens, who had so many possibilities for a unique existence, were a blatant carbon copy of Native Americans. Their religion, speech, clothing, hunting methods, and social structure were unoriginal. Clearly, Cameron was hoping to create his own LOTR-type universe with another world and another language, but he failed to channel the imaginative genius of Tolkein.


My two cents is to skip Avatar in the theaters (unless you’re a visual effects geek or a masochist) and watch it in the comfort of your own home instead. Upon renting it, you can pause it at the mid-point of 1.5 hours, stretch your limbs, and come back to it later if you choose. I could have easily gone another ten years without seeing this movie. 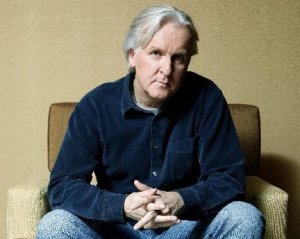