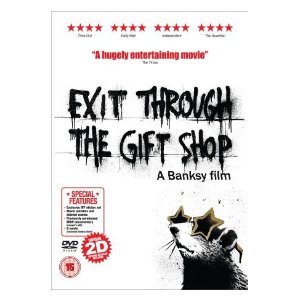 This film was much more intelligent and complicated than I initially gave it credit for. As usual, I don’t want to give too much away, because this film unwraps itself deliberately and poignantly. I do want to make it clear that this film is not about Banksy. And it’s not even a film about graffiti/street art. Rather, this is a film about what art means and how people interact with it, and the vehicle through which it explores these questions is so interesting and so grounded in a terrifying reality that it took me by surprise. Halfway through the film I thought, “Why is it lingering on these odd moments?” but it made sense as the film progressed (as does the film’s title), and it ended up being one of the most thought-provoking films I’ve seen in a while. It was clever, funny, and earnest, leaving me satisfied and smiling. I recommend this film to anyone who is remotely interested in art and its relationship with the public.

Be the first to start the conversation!